In August, 2008, Mahmoud Darwish returned to Palestine for the last time.

He had passed away in Texas following a heart operation, and was flown to Ramallah where the Palestinian Authority held a large state funeral.

The irony of much of this would not have been lost on the poet, who stepped away from the PA even as it was created amid the Oslo Accords (which he thought were a mistake).

Born in the now destroyed village of Birwah, Darwish may have returned to a homeland for burial, but, atop a hill that would later be turned into a cultural palace and museum, he remains ‘in the presence of absence.’ 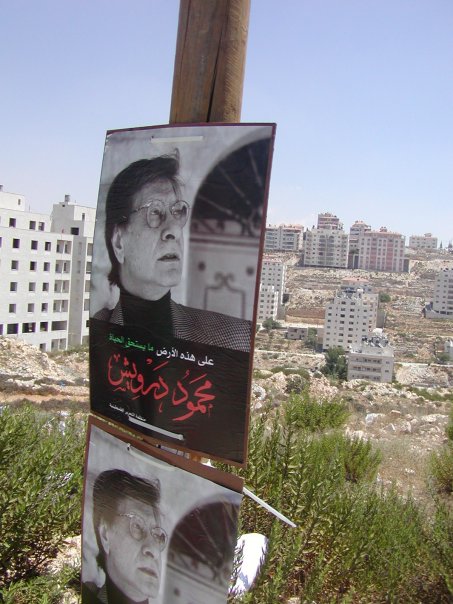 Posters decorated every electricity poll as far as the eye could see. A line from Darwish’s poem, “On this earth, there is that which is worth living for” was on posters, t-shirts, banners, and newspaper headlines.

After an official ceremony in the Presidential Compound in Ramallah, the funeral convoy was walked outside of the city to a lonely hill, by Palestinians from across historic Palestine 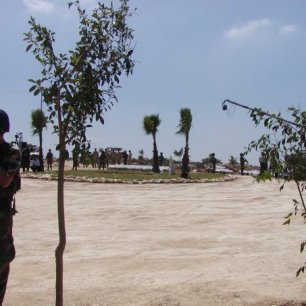 Without much time to prepare a stately grave, the site on the hill was bare and barren. This is the same patch of earth that has been transformed into the marble monument pictured at the top of the post

Uniformed officers waited to receive his body on the mount

The turnout was perhaps less than I had expected. Memorials tending toward the cheezy. Newspapers from competing papers handed out.